Processing images is more accurate with a calibrated and profiled monitor. Most monitors are too bright and cool out of the box. Taming the brightness is a significant step toward better processing as you are not compensating for the overly bright image, which results in darker images at the printing stage. 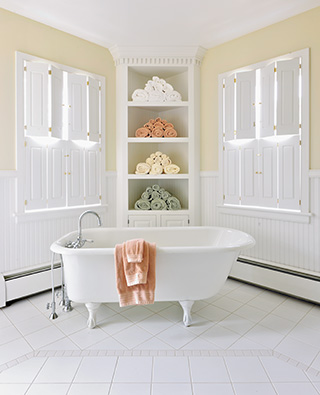 I find most incoming images from others for printing to be at least reasonable so far as color is concerned. I suppose that the ability to do a one click white (neutral) balance fixes enough of the images to make color a minor concern. If anything, I see dark faces and too much magenta (too little yellow) in people shots, which is very common. Without target values to work from it can be difficult to correct skin tones. Landscapes are open to more interpretation, but a solid neutral base will always convince the viewer your colors are intentional. There are always exceptions, and neutrals can have a warm or cool bias to them. A tint bias toward green or magenta is usually less appealing. Images with strong colors like sunsets are obvious exceptions.

When processing for skin tones, if you are working in Photoshop you can use a probe set to CMYK values to make sure that yellow values are equal to or higher than magenta. In Lightroom with L*a*b values look for the b channel to be higher than the a channel. However, most skin color corrections are better done locally in Photoshop or Elements. Using HSB readouts look for hue readings between 20 and 35. Higher hue numbers equals more yellow. Baby skin and some pinkish skin can run lower than 20. Shadow areas of the skin will also be higher in yellow than brighter areas.

In the absense of special calibration tools for setting color calibration I would suggest two things. First, lower the brightness setting on your monitor to about 100. It is likely more like 250 or higher out of the box. This will not make the image dull or gray, it simply keeps the image from appearing overly bright. Second, use some kind of target value to set a neutral in the monitor. There are several out there. I recommend the Lagom monitor calibration and testing page. Tests there for a variety of monitor settings are very useful. Most useful are the black level and white saturation tests which will show you how accurately you can envision tones in your files.

If you want to get more serious about calibration there are a number of options that are very good and reasonable in cost. I like X-Rite products best and their Colormunki Display is my choice. It runs under $175 and is easy to use. There are a few other options for less, including their Smile model which is under $100. You will not see a dramatic change in your monitor, except a noticeable reduction in the cool tone overall, but the colors in your file are being modified to match target values which will make all the colors more accurate. The process is ovecoming the limitations of your monitor to reproduce color accurately, even if you are not aware of it.

Another step in the right direction is actually calibrating the color in your camera. This is done with an X-Rite device called a ColorChecker Passport. This uses a set of known color values you photograph and a piece of software sets corrections for your camera's incorrect capture of color. An example of this is shown in my article on image neutrals on the Learning page.

The first steps you can take are easy. They involve editing the picture control/style/profile menu in your camera. These on affect the in camera jpg processing and do nothing to the raw files. However, they influence how the histogram appears based on the jpg preview and that is what we want to control.

Choose something like Neutral that would make sense to you and lower the contrast and sharpness settings to their minimums. This will present you with a less contrasty jpg preview, but more importantly, a slightly more reliable histogram of the image for analysis. Contrast and sharpness will expand the black and white points in the jpg which will result in a histogram that will appear to show highlight and shadow clipping that is not likely to appear in the raw file. Since you want to be able to expose the raw file as far to the right of the histogram as possible without clipping, this will keep you from unintentional underexposure.

A proper histogram will show little or no clipping at the right end depending on specular content. High values should be at the right end. Shadow and other dark values should not show clipping on the left end, but do not have to extend completely to the left as that can be dealth with in initial raw processing without harm to the file. Expanding to the right with an increase in exposure is where damage occurs. Expanding values can introduce noise into the file.

You can use the highlight alert display to your advantage as well. If the only thing that blinks on your screen are specular highlights you can be sure you have not overexposed your image. However, you should use the histogram to determine underexposure. Histograms should not show vertical lines at either end of the histogram if possible. If the image will not fit within the histogram window without clipping at either end you have a high contrast subject and need to deal with that with multiple exposures.